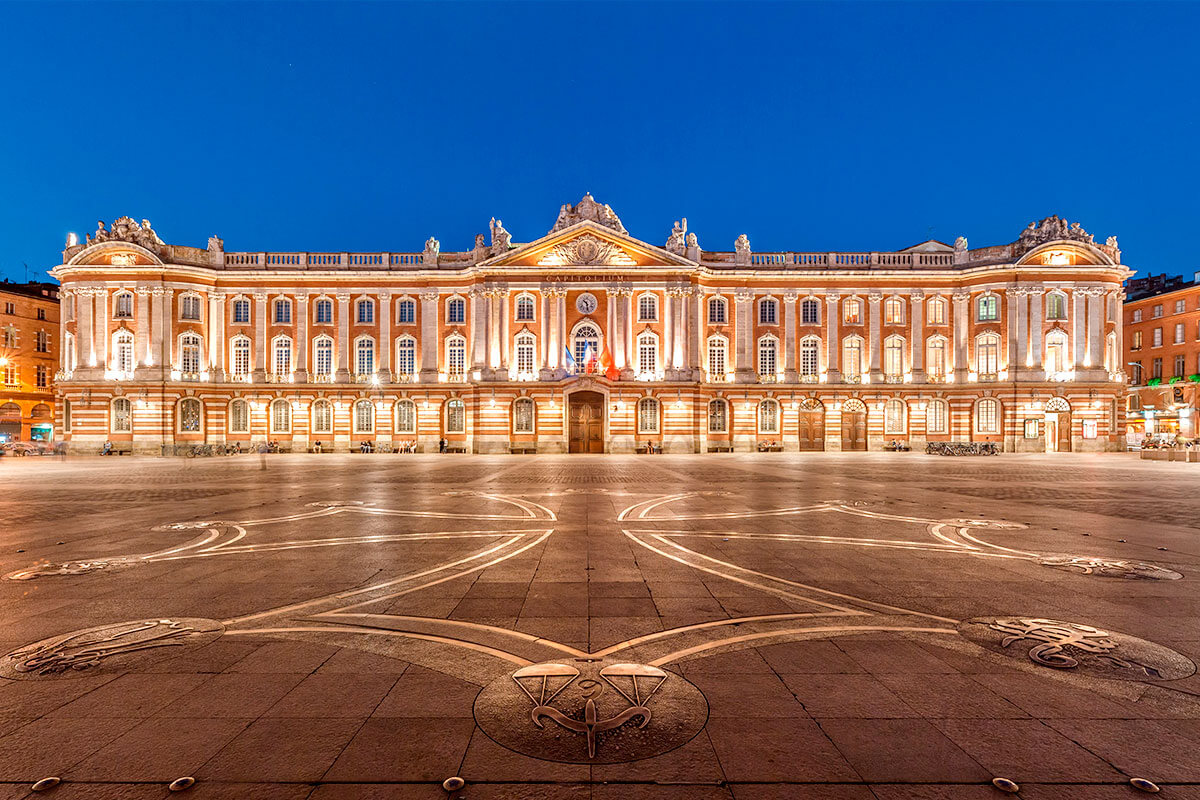 If you’re teaching English in Europe, there’s a high possibility that you’ll visit Toulouse for a bit of French charm at some point. If you have only 24 hours in Toulouse, TEFL Connect has your back. Follow our recommendations for places and free tours that you simply can’t miss in the “pink city”!

24 hours in Toulouse: where to stay

Toulouse is one of those places that offers a great diversity of places to stay. If you decide on accommodation in the center of the old city (highly recommendable), you will get a chance to walk through the most amazing areas, full of beautiful examples of French architecture, like the Basilica of Saint-Sernin or the Convent of the Jacobins.

The center of Toulouse is within walking distance from all the monuments, museums and places of interest. In addition, you will be in the heart of the city, which means a lively nightlife with plenty of restaurants, bars and pubs.

For something a little more reasonably priced, you might want to consider staying at the area of Pierre Goudouli Garden, which is where you’ll find some great chain hotels.

24 hours in Toulouse: things to do

The Cité de l’Espace (Space City), inaugurated in 1997, is a scientific theme park dedicated to the great space exploration. There you can find authentic spacecrafts, like the Russian Soyuz capsule, take a stroll through an exact replica of the Mir space station or experience the lunar gravity in a simulator.

The aforementioned basilica is possibly the most important historical monument of this French city. It is linked to the French part of the ancient pilgrimage routes of the ‘Way of St. James’ also known as Camino de Santiago in Spanish. The first construction of this great church began at the end of the 4th century, and today it is the largest Romanesque church in Europe that is still standing. 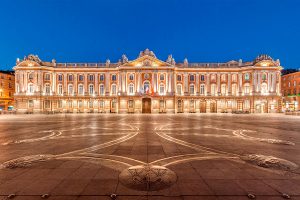 Famous La rue du Taur (The Street of the Bull) starts at the Saint Sernín Square, where the basilica is located, and leads to the great esplanade of the Capitol and its square. Both La rue du Taur and the church of the same name situated in it, commemorates the martyrdom of San Saturnino (Saint Sernin), who died dragged by a bull.

We can find the Capitol on the square named after it. Nowadays town hall is situated in this 18th century building with a neoclassical facade that alternates stone and bricks of striking red color. The ballrooms of the Capitol are decorated with the paintings and sculptures of the late nineteenth century that feature prominent figures and events in the history of the city of Toulouse.

Yes, we know that tourist buses aren’t that original and there’s one in every city. The thing is, there are so many of them exactly because they offer some of the easiest ways of seeing the city if you’re short on time. With the bus, you’ll be able to see the majority of the historical attractions of the “pink city” and listen to anecdotes about its life through the audio guide (available in French, English, Spanish, Italian, German, Russian, Chinese and Japanese).

As part of the tour, you get to visit the old town and enjoy the main churches of the cathedral of Saint-Étienne de Toulouse (cathedral of Toulouse) and the Basilica of Saint-Sernin. It passes through the Renaissance facade of the Hôtel d’Assézat, where the Bemberg Foundation art gallery contains an impressive collection of French paintings from the 19th and 20th centuries.

Don’t miss out on seeing the banks of the Garonne River and the Canal du Midi to discover a union between the Atlantic Ocean and the Mediterranean Sea. Along the way, admire the typical pink terracotta bricks that cover the majority of the city.

Here’s a great alternative to some of the more classical tours. Discover Toulouse and its highlights with your E-Bike guided by a professional monitor. We guarantee that you’ll love the experience.  The historic center of Toulouse is still living in medieval times with its narrow streets full of surprises – perfect for a bike ride. 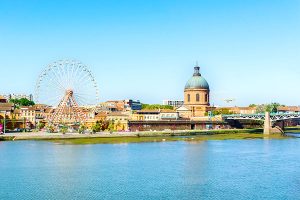 Between the Saint-Pierre Square and the Pont Neuf runs one of the most beautiful walks in Toulouse. There you can stroll under the trees of the Quai Lucien Lombard or go to the Daurade Square to board the Bateaux Toulousains, the tourist boats that cross the river Garonne and the Brienne canal (a must if you only have 24 hours in Toulouse). Sunny days offer a breathtaking view of the sunset from the terrace of the Café des Artistes or the Saint-Pierre staircase.

It is worthwhile to cross the Pont Neuf and get to know the popular district of Saint Cyprien, with the Châteaud’Eau, a former water tank converted into a photographic gallery; the Hôtel Dieu Saint-Jacques, headquarters of the Museum of Medicine; the hospital dome of La Grave, and the contemporary art museum Les Abattoirs.

One of the best reasons to take a trip to the beautiful city of Toulouse is the incredible food. During your 24 hours in Toulouse you can start in one of the best-known restaurant chains in France – Leon de Bruxellesm that specializes in mussels (or moules, as they are called in France) and French fries. Other options to taste the delicious food of the south of France are the restaurants Le Foxy and Balthazar.

You can enjoy free entry to museums and monuments in the center of Toulouse and take advantage of offers from other places with the Toulouse City Card. It allows you to move without stress for free with the local public transport network, including metro, tram, buses and airport shuttle, as well as provides additional discounts at numerous popular tourist sites and stores.

Is 24 hours in Toulouse not enough for you to fully experience everything that it has to offer? Check out our TEFL course in France and spend as much time as you want in the “pink city”.