At TEFLConnect we love to teach, but we also love traveling and discovering countries’ cultures and beauty. This year, the 44th session of the World Heritage Committee was held online from 16 to 31 July 2021 and conducted from Fuzhou (China) and we want to share with you the new UNESCO World Heritage sites in the countries where we offer our TEFL Course! Keep on reading.

Furthermore, if you are curious about the 45th session of the World Heritage Committee, stay up to date! It will be in Kazan, Russian Federation from 19 to 30 June 2022! 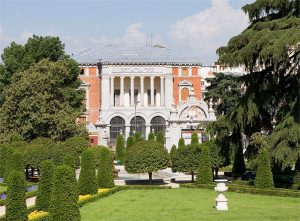 The green heart of Madrid is well known as The light’s landscape or “Paisaje de la luz”. This historic area of the Spanish city of Madrid is now a UNESCO World Heritage Site.

Notable for being a space of urban nature that emerged in the mid-16th century as a space in which all citizens, without distinction of estates or classes, could enjoy leisure and stroll.

It is formed by the Paseo del Prado, the Jardines del Buen Retiro, the Barrio de Los Jerónimos, the Royal Botanical Garden, the latter being, as a unit, one of those elements, and surrounding areas. It is the first World Heritage property in the Spanish capital and the fifth in the Community of Madrid. Know more about our TEFL Course in Madrid.

This magnificent limestone lighthouse in southwestern France made it to the UNESCO list this year. It is located between the Atlantic Ocean and the mouth of the Gironde.

According to the UNESCO World Heritage Committee, Cordouan was built at the end of the 16th century in the Atlantic Ocean at the mouth of the Gironde in southwestern France, in a “highly exposed and hostile environment”.

It embodies an important stage in the history of lighthouse construction and technology, aims to continue the tradition of famous ancient lighthouses, and demonstrates the art of building lighthouses in the new nautical period, when the lighthouse was an important sign of territory and as a safety tool. Know more about our TEFL Course in France. 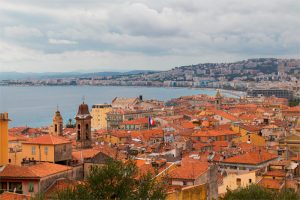 The French Mediterranean city of Nice is known for its mild climate and “Winter resort town of the Riviera”. It is a cultural gem of the French Riviera.

It is a tourist hotspot with millions of tourists every year, and its airport is one of the busiest airports in the country.

Nicknamed “Nice and beautiful”, the city has attracted European aristocrats since the 18th century, first of all, the British royal family, whose waterfront “Promenade des Anglais” (“British promenade”) is named after them. Painters including Marc Chagall and Henri Matisse as well as writers Anton Chekhov and Friedrich Nietzsche also stayed there. Know more about our TEFL Course in France.

4. The Great Spa Towns of Europe

Vichy in France, Montecatini Terme in Italy, and Karlovy Vary in the Czech Republic are among several European towns developed around natural mineral water springs.

From the 18th century to the beginning of the 20th century, hot springs were a huge European phenomenon. The Bard Dictionary of 1854 listed 652 major European spas, but now only a few of the most magnificent spas exist in real form.

In the days before industrial medicine, everyone used natural mineral water to treat pain and diseases. They were a testimony to the development of medicine. These towns have unique urban forms, and important architectural complexes, including special spa buildings and tourist facilities such as spa houses, colonnades, churches, theaters, casinos, special hotels, and boarding houses.

The combination of the towns with their parks and green spaces and surrounding ‘therapeutic landscape’ is very important.  The spas attracted highly prestigious clientele and were resorts for the rich and famous in a pre-cursor to modern mass tourism. 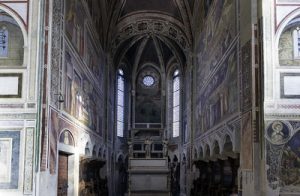 This site comprises eight buildings and monumental complexes of the town: the Scrovegni Chapel, the Church of the Eremitani, the Palazzo della Ragione, the Chapel of the Carraresi Palace, the Cathedral Baptistery, the Basilica and Monastery of saint Anthony, the Oratory of saint George and the Oratory of saint Michael.

The main monument is the Scrovegni Church, where Giotto painted his masterpieces in the early 14th century. The picture decoration of the church completely restores the ancient fresco techniques, showing a truly innovative artistic language, with amazing realistic human feelings and emotions, and even the depth of space, depicting through empirical perspective, which is what Giotto did before the development. A perceptual linear perspective of the Renaissance. Know more about our TEFL Course in Italy. 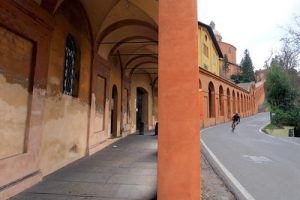 The Porticoes of Bologna is included in the list as an outstanding testimony to the architectural complex, which shows an important stage in human history. The site is a series of properties consisting of twelve components, porticos, and surrounding architectural areas.

Built-in the 12th century to the present, it has been selected as the most representative of the urban porticos, with a total length of 62 kilometers. The porticoes are constructed of wood, brick or stone, and have provided sheltered walkways and spaces for handicrafts and merchant activities for centuries. The porticoes are defined as “private property for public use” and have become an expression of the city’s identity in Bologna. Know more about our TEFL Course in Italy.

Located in northern Peru, this stunning location is a solar observatory that was once used to track the sun to divide the dates of the year. The most outstanding building is a series of 13 stone towers built on the top of the mountain. You can know the date on any day and track the movement of the sun throughout the annual cycle. It is considered the oldest astronomical complex in the Americas. Know more about our TEFL Course in Peru. 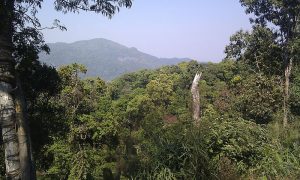 The area is rich in birds, including several globally threatened species, and is home to the critically endangered Siamese crocodile, the endangered Asian wild dog, and several other vulnerable wildlife species.

There are also eight resident cats, including endangered tigers and fishing cats, vulnerable clouded and marble cats, jungle cats, and leopard cats. Know more about our TEFL Course in Thailand.

Would you like to start your TEFL Career in any of these destinations? Get in touch with us at [email protected] or Apply for a free consultation!